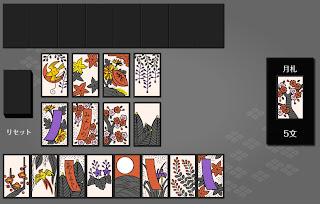 Hanafuda is one of the card games created by Nintendo of all companies. As gambling was restricted in Japan for quite some time, Nintendo created an inconspicuous set of cards without numbers in which you match 12 sets of 4 card by pictures. The Yakuza started using Hanafuda in their gambling parlors. Nintendo actually still makes card games today, although their video games make them a lot more money. Some of suits are difficult to recognize. Also, there are some sneaky "special" pairings, some of which you would understand if you were a complete Japanese history buff, others you could only possibly learn by playing the game. Enjoy. 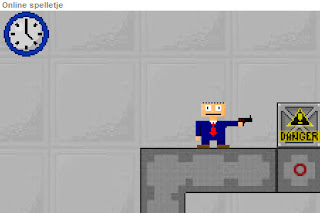 “Karoshi” is a Japanese word and means “death by overwork”. In this game many things are not what you’d expect and the goal of each level is counter-intuitive: you need to die. In fact, it becomes more and more challenging to die. The best part of this game is the amazing pixelized graphics. 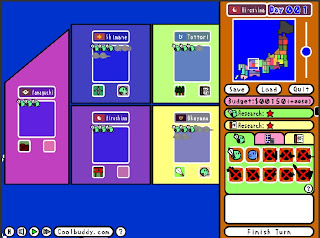 The Great War of Prefectures

If you have no interest in the game Risk, this game is not for you. You basically start off as one of the 47 prefectures in Japan (your choice) and try to conquer Japan by hiring a variety of soldiers, upgrading things (yay!) and using some special battle tactics. Careful, this game is very addicting and you may need to conquer Japan before you can stop. Also, the layout is a little annoying. On the positive side, you may learn some Japanese geography! Also, there is a surprise ending. 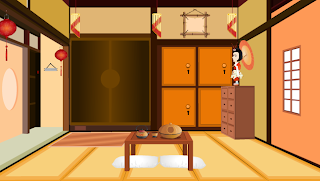 Here is just one example of many challenging and addicting escape games. My guess is that these games came from Japan. I mean, they even have real life escape game tournaments in Japan. In this one, you have to help a kid escape from a Japanese style room so he can becomes friends with the kids that locked him up. The story is never important. This one is especially fun because of all the Daruma dolls you have to find mixed with some other Japanese and Asian culture. One frustrating aspect is some objects have a very thin or small clickable space in this game.

You should probably engage in some conversation.