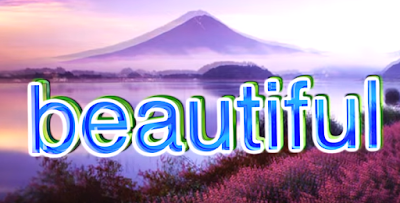 I wanted to introduce you to this ridiculous(ly good) YouTube video on Japan's history posted some two weeks ago. But first, I shall stall a bit and address the proper niceties by introducing the video creator Bill Wurtz. He is a cool and kooky guy (strictly interpreted from his internet personality) that writes jazzy and outdated music to funny videos. Most of his videos are 10 seconds or less, if that gives you any indication on what you're getting yourself into. Here's a little taste.

Kind of reminds me of 5SecondFilms. Love those guys. Anywho, this Bill guy just randomly picked the country of Japan (about which he knew nothing), researched it, and created this nine minute masterpiece as a warm up (aren't you excited for more? Oh, well, watch the video then.)


I'm not an expert on Japanese history and completely understand that he has added some intended embellishments into this historical narrative. Do any fact-checkers out there spot any glaringly wrong details?

So what's next for Bill? He plans to either cover a lot of "topics" or "all of the countries...in a month" next. I'm sensing some snark, but what would you expect from such a filmmaker? Oh, and here's his website to complement all of the other interactive resources I've posted here.
Posted by Dan Moeller at 9:03 AM No comments:


Usually I have something insightful to say. Today, I'm just gonna sit back and let this beautiful time-lapse video of Tokyo do the talking. This video is called ちちゃな東京 (Chicha na Toukyou), or, Little Tokyo and is by Darwinfish105. Enjoy.


In a related post (by title only), please enjoy the open, yet camaraderic racism that is South Park: Little Tokyo.

Posted by Dan Moeller at 9:09 AM No comments:

Can you hurt water's feelings?


So this Japanese businessman is a 70-year-old with a strange interest in water. Masaru Emoto believes that water has strange properties that were previously unknown. Supposedly, water reacts differently to different emotions. He has spent a lot of time examining the ice crystals of water exposed to positive or negative verbal content (i.e. some water might develop more crystals, or be cleaner, if praised daily). Some believe he is a quack and their is a general consensus that he practices a pseudoscience. Don't let that disinterest you, though.

This experiment, the one I want to talk about, is a bit different. Basically, he has three jars full of rice and water. He bad-mouths the one jar, praises the other, and ignores the other. The results are interesting. Whether or not they are reproducible under scientific conditions is beyond my point.


I buy these results, to some extent. I don't however, buy the explanation. Rice is not a temperamental food with human emotions. Please, Mr. Emoto, don't anthropomorphize your rice. It is very possible, though, that talking to rice release germs that help ferment rice (which hardly seems like a positive outcome save for the "sweet" smell). Also, I can imagine that rice that didn't have mouth germs spread in its vicinity might react differently. Finally, it's very possible that using different words, or even more emotion can spread a different amount of germs or even a different kind of germs (tongue germs, throat germs, etc.). What's your take on this guy?
Posted by Dan Moeller at 1:06 AM No comments:

So, there's a new movement challenging blind consumerism and global policy. It's called Detox and it's a campaign to attack the toxic chemicals that are a byproduct (and often a "product") of clothing manufacturing. Not only do two-thirds of our new clothing have trace amounts of toxins but so does the water used to clean the garments. The problem is that third-world countries (chosen by fashion industries for their cheap labor and lose pollution laws) often dump this adulterated mix right into sources that locals use for drinking water. Detox is making slow progress in persuading leading clothing companies to switch out their most toxic ingredients.


The part I like is the campaign's symbol: 水. This is the Chinese character for water...and while I don't know much Chinese, I do know that in Japanese the character is read as みず or "mizu". The 水 connotation in Japanese is that the water is cool and fresh, just like drinking water (source). Another interesting part is that people throw off their clothes in protest and reveal this kanji and the graphic for Detox. Check out the video.

Check out the updates on the Detox Campaign.
Posted by Dan Moeller at 8:20 AM No comments:

Is TEPCO really to blame?


I imagine you're staring at your computer screen thinking nothing more needs to be said about TEPCO (if you are up-to-date on Japanese events). You might want to read this article, though.

In a similar by-line, I never thought I would post more about TEPCO (or want to) given my prior post: The Beast that is TEPCO. However, here I am.

It is true: TEPCO is a corrupt company, and even after a complete firing of their upper management, corruption is still in the Japanese news. And if it's in the Japanese news that means it was likely OK'ed by the government. (Is it safe to say that?)

The article I recently read was a simple one declaring that the recent indictment charges against TEPCO were dropped because TEPCO could not be held legally responsible as they "could not [have] predict[ed] the real dangers of such a massive earthquake and tsunami." The article goes on to say that the company's "failure to carry out countermeasure construction after it projected in 2008 a scenario of a huge tsunami of more than 15 meters, cannot be considered socially irresponsible behavior."


Yes, the article was simple, but Alas! the implications were great.

The first large implication can be understood through a few analogies. Five earthquakes have occurred equal to or greater than the Tohoku earthquake in the last century (source). I know the the US plans watersheds, zoning, and planning based on at least 100 year flood plains. And that is just for a flood! A nuclear plant, in earthquake-ridden Japan, on an unprotected coast...wouldn't you think they would have to prepare for a bit more? In that situation, the plant owners should have been thricely as cautious and prepared. "Preparedness for a large-scale complex disaster was insufficient; and they were unprepared for the release of a large amount of radioactive materials into the environment" (source). What are (or were) the current standards for the protection wall (which was flooded by a long-shot)?

In 1964, Alaskan Good Friday earthquake had a magnitude around 8.4 and spawned a 201-foot (67-meter) tsunami in the Valdez Inlet (source). Of course this was a rogue wave with the perfect circumstances, but that happened in the last 50 years. Furthermore, that wasn't the biggest tsunami by a long-shot.


The other great implication is that it is likely TEPCO was only admitted it's negligence when the government forced them—and sometimes the apologies were decades late. Why would a company apologize out of the blue if they had thought their misbehavior went undetected? That's just it. I'm sure the government knew a lot more about the TEPCO follies (essentially having them by the balls). So, when TEPCO didn't cooperate with the government (maybe even in terms of bribes), the government tells TEPCO to admit to past incidents. (Is it safe to guess that?) Also, there are countless other times that TEPCO has hidden illegal incidents. Look for yourself...I'm not even going to try to cover it here.

So who really is to blame? Sure, TEPCO is a backwards company. Even after the mandated upper-level restructuring (to put it politely) TEPCO continued to be the naughty little boy it always was. Covering radiation-reading equipment with lead? Come on. But there are scumbag companies in every country. America is not one to point fingers. The real question is: Who watches TEPCO? Might I suggest: the Japanese government?

Yeah, definitely the government. And the Japanese citizens, the 大人しい bunch that they are have mostly rebuilt their homes and lives—most without pointing fingers or theorizing the point of the chain-of-command that may have been a little negligent (to say the least). Besides the few local residents and activists that had filed the criminal complaint against Kan and his ministers (two years after the events) and a handful of other smaller organizations looking for justice, there isn't much Japanese activity surrounding the event that has had a devastating impact on the domestic agriculture, economy, food-supply, power-supply, and general health as well as global effects (some still unforeseen).

Posted by Dan Moeller at 9:24 PM No comments: