The Beast that is TEPCO 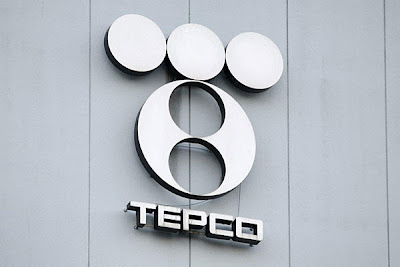 TEPCO, or Tokyo Electric Power Company, is the fourth largest power company in the world. It is the largest supplier in Japan servicing approximately one-third of the nation.  While thermal energy (oil, coal, LNG, and geothermal) is more than half of their output, they have been forging their way into greener pastures (reduced carbon emissions) by way of nuclear energy.

With a quick pop over to our friend Wikipedia, we are allowed a glimpse of their backwards ethics. On August 29, 2002, the government cried out that TEPCO was falsifying radiation output records, government inspections, and hiding incident reports. The next day, two chairman and two advisers stepped down. The subsequent suspension of power generation was lifted by the end of 2005. In 2007, the company announced another bundle of unreported incidents and a unit criticality in 1978. The company made no attempt to identify those at fault.
Fast forward to the ongoing nuclear scare at Fukushima. There was the March 11th huge earthquake, the huge tsunami, the flooded generators, the American media scare, and the baby nuclear reactors farting out some radioactive material. On March 15, TEPCO announces a fire at the number four reactor broke out at around 9am. The International Atomic Energy Agency reports the fire broke out the night before, just before midnight. A 9-hour-late report…maybe TEPCO thought they could extinguish the fire before reporting how extreme the situation was.

Monday, April 4th, TEPCO began dumping tons of radiated water (100 times the legal limit) into the ocean. TEPCO insures this is “no major health risk” as they have set up an underwater silt fence for this “inevitable” dumping as well as the known yet undiscovered leak in the same area. The silt fence “can contain a large portion” of the dumped radioactive water.
On Tuesday, April 5th, TEPCO admitted that iodine-131 was found at levels 7.5 million times the safe level in seawater near the plant. Also, the amount of cesium-134 was 2 million times the maximum amount permitted and cesium-137 was 1.3 million times the amount allowable. Cesium-137 has a half-life of around 30 years. This was information recorded on Saturday, April 2nd, before the TEPCO began releasing radioactive water.  Despite protests from the South Korean government, Russian scientists, and Japanese fishermen, Japan authorized the release of the 12,700 tons of less radioactive water into the ocean to make room to store more highly contaminated water in the storage areas. TEPCO took the first steps to repair a leak on April 6th (a leak that was evident on April 2nd).

I understand that TEPCO has some serious priorities. Apparently, letting the world know about radiated water leaking into the ocean was not one of them. This situation is especially detrimental to Japan, a culture based around fishing, marine life, and the health of said ecosystem. The Cesium-137 will especially become concentrated in the upper food chain of the sea. Masayoshi Yamamoto, a professor of radiology at Kanazawa University, said such radioactive materials are likely to be detected in fish and other marine products in Japan and other nations in the short and long run, posing a serious threat to the seafood industry in other nations as well. All of Japan's sea products will probably be labeled unsafe and other nations will blame Japan if radiation is detected in their marine products," Yamamoto said. Although many fishing boats are out of commission due to the tsunami, much of the remaining fishing may be coming to a halt due to the radiation.

Now, if you’ve been paying careful attention to the news you may have noticed a media lag between what Japan knows about the situation and what foreign countries know. I’m not talking about Fox News folly or the “LEAVE JAPAN NOW” headlines. By this, I mean the Japanese are being somewhat left in the dark as to the important and sometimes shocking findings. This is due to government intervention, Japanese politics, and a Japanese national sense of “what is right for the country is right for you…keep working”.

All cross-cultural joking aside, there is an evident information lag between what TEPCO knows and what they tell (any) media source. The government seems to be in on it, considering their constant withholding of radiation levels (while foreign countries are forced to take their own readings). Also, there is obvious media corruption (Shingetsu).

TEPCO is a major source of advertising revenue for all the major dailies and none of the big media organizations want to deny themselves a share of the spoils…TEPCO is thought to spend about US$120 million annually for advertisements on Japanese television, radio, and major newspapers. Even the public “apology” being offered by the company is bringing more cash into media coffers, according to reports from freelance journalists.”

It seems they feeding information to the Japanese public on a need-to-know basis…and, well, maybe Japan isn’t even getting all they need to know.  They have an untrustworthy track record to say the least. Maybe, あやしい (suspicious) explains it. Considering the Nuclear Alert has recently been raised to 7 (on a scale of 1-7) it might be pertinent to adopt an honest policy. It's funny that in a few days the alert was raised from 4 to 5, then 5 to 7. The problem has been slowly getting worse...why the sudden jump in disaster rating? Maybe public pressure (domestic and foreign) has forced the company to admit the severity.

(At a level 7 alert, the Fukushima incident is now tied with the Chernobyl incident--the difference being Fukushima has experienced a release of radioactive material one-tenth that of Chernobyl. It might be also pertinent to mention that some towns on the north border of the evacuation radius have received 14 times the yearly allowance of radiation in about half a month. Shouldn't the evacuation radius be expanded?)

Now, regardless of the fact that the company president had last month visited evacuation shelters to apologize for positive media exposure to the evacuees, the company now has gone as far as to hide their empty employee housing with duct taping over one of the signs. It’s empty anyway; can’t you fit some evacuees in there? Evacuation centers are overcrowded and in short supply.


There are rumors the company is forcing families to stay quiet about their health and work conditions inside the plant. TEPCO reports 40,000 daily complaints coming into their office. I wonder why. As a result, the company has placed guards at the perimeter of their headquarters.

In slightly better news, Tokyo Electric Power Company plans to pay 20 million dollars in partial provisional compensation to residents and farmers living around the Fukushima No. 1 nuclear plant. The 20 million offered to larger towns will pay for living costs, losses and medical bills. This sum equates to around two thousand dollars per household.  This and promises of future reparations seem promising, but I would guess the company is begrudgingly shelling out its money that is has clawed and scraped so hard to get.

Hmm, what about the severe economic impact? The marine life impact? The impact on neighboring countries? It seems they would have to throw in the white towel of bankruptcy if all amends were actually made.

You should probably engage in some conversation.